Music at Noon concert among group’s first together

As a trumpet soloist, Mary Elizabeth Bowden has been called “an exquisite player whose polished tone is heard in 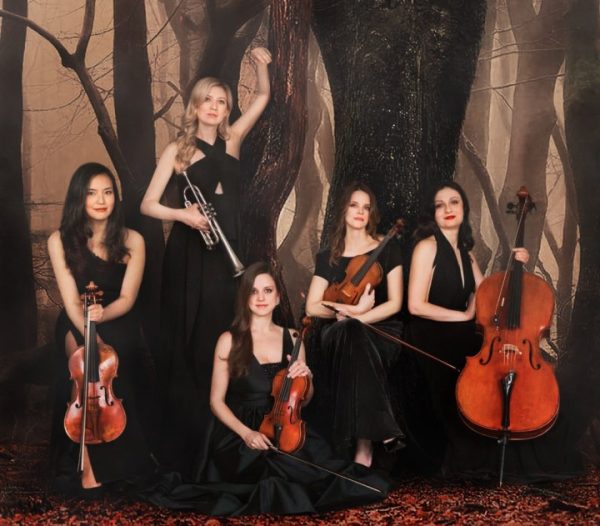 The group’s debut recording will be released in April and features works by female composers Sarah Kirkland Snider, Catherine McMichael and Germaine Tailleferre. One of the group’s first performances together will be held in Erie.

On Wednesday, April 10, the ensemble will perform at Penn State Behrend as part of Music at Noon: The Logan Series. Their concert takes place at noon in McGarvey Commons, in the college’s Reed Union Building. Admission is free, and reserved parking for audience members will be available in the Reed lot.

Comprised exclusively of women, the Kassia Ensemble’s members hold positions in the Pittsburgh Opera and Ballet orchestras, the West Virginia Symphony, the Wheeling Symphony and the Canton Symphony Orchestras. The group works to overcome the gender barrier that is prevalent in classical music. “Rêverie,” the group’s collaborative album with Bowden, will be released in April and can be pre-ordered at marybowden.com.

For more information about The Logan Series or the Kassia Ensemble and Bowden’s appearance, contact series director Gary Viebranz at 814-898-6289 or email gav3@psu.edu.