Local chamber music fans have heard the Pennsylvania Quintet on National Public Radio’s “Performance Today,” but on Friday, Sept. 7, they’ll get to see them in person. 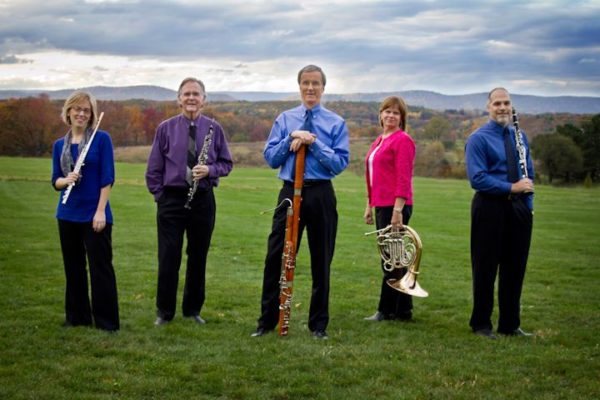 The Pennsylvania Quintet will visit Penn State Erie, The Behrend College, on Friday, Sept. 7, to open the 29th season of Music at Noon: The Logan Series. The performance takes place at noon in McGarvey Commons, in the college’s Reed Union Building. Admission is free, and reserved parking for audience members will be available in the Reed lot.

The Pennsylvania Quintet is comprised of Penn State faculty members Naomi Seidman (flute), Tim Hurtz (oboe), Anthony Costa (clarinet), Lisa Bontrager (horn) and Daryl Durran (bassoon). The wind chamber ensemble has been performing since 1984 and has held concerts at major venues that include the National Gallery of Art in Washington, D.C., Carnegie’s Weill Recital Hall in New York City, the Schleswig-Holstein Musik Festival in Germany, as well as recitals in Nuremberg and Frankfurt.

The Quintet has been Ensemble-in-Residence at the Sedona Chamber Music Festival and has won the National Flute Association’s International Chamber Music Ensemble competition.

For more information about The Logan Series or the Pennsylvania Quintet’s appearance, contact series director Gary Viebranz at 814-898-6289 or email gav3@psu.edu.