Grammy-nominated ZOFO to perform Feb. 21 in Music at Noon

As one of the only duos in the world devoted exclusively to piano duets, ZOFO works to redefine what’s expected from four-hand groups. 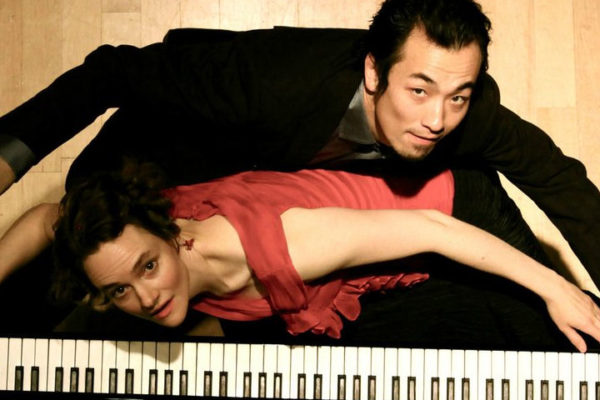 “ZOFO’s feisty performances surge with athletic precision, always mindful of how much joy there is in the music,” wrote Anne Midgette and Tom Huizenga in a Washington Post review.

“Four-hands-one-piano performances are a dime a dozen, but not the ZOFO way… Simply gorgeous,” added Janos Gereben in a review for San Francisco Classical Voice.

On Wednesday, Feb. 21, local audiences will witness ZOFO’s artistry firsthand when the duo performs at Penn State Erie, The Behrend College, as part of Music at Noon: The Logan Series. The concert begins at noon in McGarvey Commons, in the college’s Reed Union Building. Admission is free, and reserved parking for audience members will be available in the Reed lot.

Since forming ZOFO in 2009, solo pianists Eva-Maria Zimmermann and Keisuke Nakagoshi have performed across the world at locations that include Carnegie Hall and Tokyo, Japan. The duo focuses on 20th and 21st century repertoire and completes commissioned works from noted composers each year. ZOFO has also been nominated for two Grammy Awards.

For more information about The Logan Series or ZOFO’s appearance, contact series director Gary Viebranz at 814-898-6289 or email gav3@psu.edu.