A General McLane High School sophomore is making the most of his role in an upcoming musical.

Kellen Smith, who plays Uncle Fester in the General McLane High School’s upcoming musical, The Addams Family, will shave his head during a school-wide assembly on Monday, November 12, 2018. 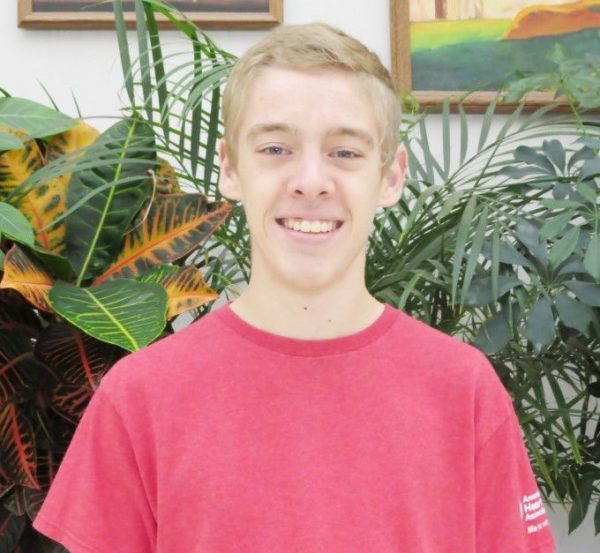 Smith’s shaving will accomplish two purposes: he will be getting into character for his role in the play, but more importantly, he will help raise money for Linked By Pink.

Tickets to The Addams Family, which has been selected as this year’s high school musical, went on sale last week. The musical takes the stage at General McLane High School from November 15-18, 2018.

Tickets are $8 for students, $10 for general admissions and $15 for a limited number of “RIP Seating”, which are the first 8 rows of the center section (about 120 seats per night).

The tickets are available to purchase online by visiting generalmclane.org or by calling the General McLane High School office at 814-273-1033 ext. 1900. Showtimes are 7 p.m. on Thursday, Friday, and Saturday; 2 p.m. on Sunday. The show does have some mature themes (PG) and may not be appropriate for younger audiences.

This musical is presented through special arrangement with Theatrical Rights Worldwide (TRW). All authorized performance materials are also supplied by TRW.

Similar to previous General McLane High School Theatre performances, last year’s performance of The Little Mermaid was completely sold out. The General McLane Broadway Dinner, which has produced 120 performances to more than 32,200 people over the last 34 years, is held annually in the spring, and the most recent performance incorporated more than 220 students in some capacity.

General McLane School District is dedicated to making the arts an integral component of the District’s curricular and co-curricular programs, which has made General McLane home to one of the most competitive arts programs in Erie, PA. Art shows, musicals and dramas, as well as the Broadway Dinner and choral and instrumental concerts are all part of the McLane Advantage, which is available to tuition students outside of the District.