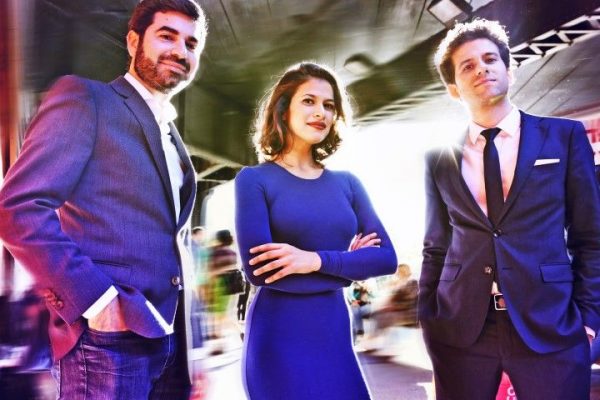 “A musician once told me, ‘You have to bat 1,000 to be taken seriously in music,’” Elaine Hopkins wrote in a 2014 concert review of the trio. “These musicians, the orchestra and the trio, all measured up to that standard.”

The Brown-Urioste-Canellakis Trio will bring its smooth, classical music sounds to Penn State Behrend on Thursday, Nov. 8, when they perform as part of Music at Noon: The Logan Series. The performance takes place at noon in McGarvey Commons, in the college’s Reed Union Building. Admission is free, and reserved parking for audience members will be available in the Reed lot.

The trio has performed in prestigious venues across the United States and Europe, including Carnegie Hall’s Stern Auditorium, Alice Tully Hall at Lincoln Center, the John F. Kennedy Center in Washington and London’s Wigmore and Royal Festival halls. The group is known for its humor and witty repartee, which is a trademark of their performances.

For more information about The Logan Series or the Brown-Urioste-Canellakis Trio’s appearance, contact series director Gary Viebranz at 814-898-6289 or email gav3@psu.edu.