For Al Maginnes, there’s no magic method for writing great poetry. Rather, he prefers to take it one word at a time. 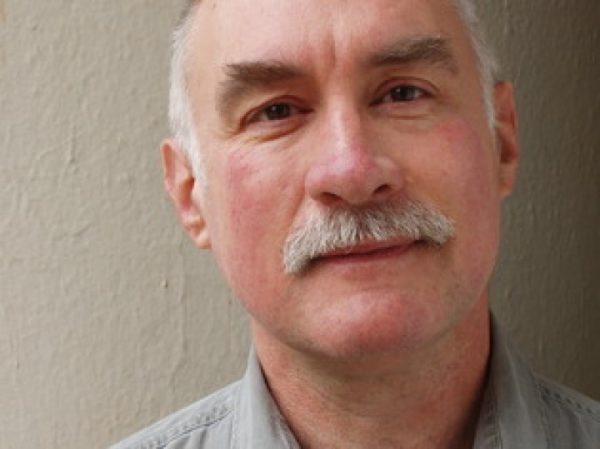 “When I start a poem, I have very little idea of what it’s about or where it’s going,” Maginnes said in a 2014 interview. “When I’m writing, I’m trying to get the next line or the next word right. I am not thinking about the narrator’s struggle to be a better father or to outrun his past. I just want to write a poem that I would want to read.”

Maginnes will read excerpts from his latest collection, “The Next Place,” on Thursday, Oct. 10, when the Creative Writers Reading Series returns to Penn State Behrend. His 6 p.m. reading and the reception that will precede it are free and open to the public. Both events will be held in the Metzgar Center Lobby.

“Maginnes constructs poems that speak wisely and with authenticity of this world in which none of us are, to quote from one of his poems, ‘fully haunted or forgiven,’” said George Looney, distinguished professor of English and creative writing.

“The Next Place” was published in 2017 and is the seventh poetry collection to be released by Maginnes. His other collections include “Music From Small Towns,” “Taking Up Our Daily Tools,” “The Light In Our Houses,” “Film History,” “Ghost Alphabet” and “Inventing Constellations.” “Ghost Alphabet” was the winner of the 2007 White Pine Poetry Prize.

Maginnes teaches at Wake Tech Community College in Raleigh, North Carolina, and has been the recipient of a Writer’s Fellowship from the North Carolina Arts Council. In addition to his collections, his poetry has appeared in several journals and magazines, including Poetry, The New England Review, The Georgia Review, The Antioch Review, Shenandoah and Quarterly West.

The Creative Writers Reading Series is produced by Penn State Behrend’s B.F.A. in Creative Writing degree program with support from the Clarence A. and Eugenie Baumann Smith Fund. For additional information, call 814-898-6108 or visit behrend.psu.edu/readings.